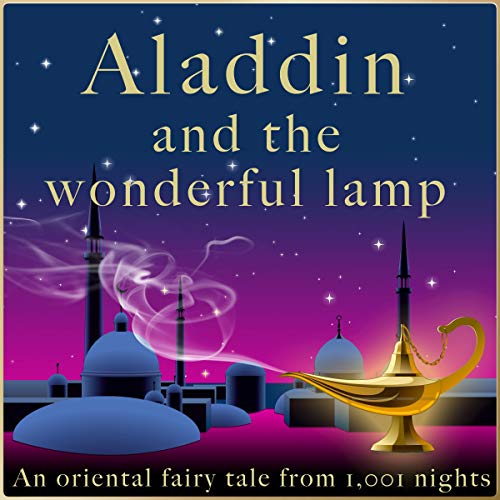 Aladdin and the Wonderful Lamp

Once upon a time there was a boy named Aladdin who lived in the Far East with his mother, in a simple and humble house. They had just enough to live, so every day, Aladdin roamed the center of the city in search of some food to put in his mouth.

On one occasion, he was walking among the fruit stalls in the market, when he came across a very strange man who looked like a foreigner. Aladdin was surprised to hear that he called his name.

Yes, and it is true that my father was a tailor, but… Who are you?

– I’m your uncle! You don’t recognize me because I haven’t been here for many years. I see you are wearing very old clothes and it saddens me to see you so skinny. I imagine that in your house there is no money left over …

Aladdin hung his head a little embarrassed. He looked like a beggar, and his brown face was so bony that it made him look much older. 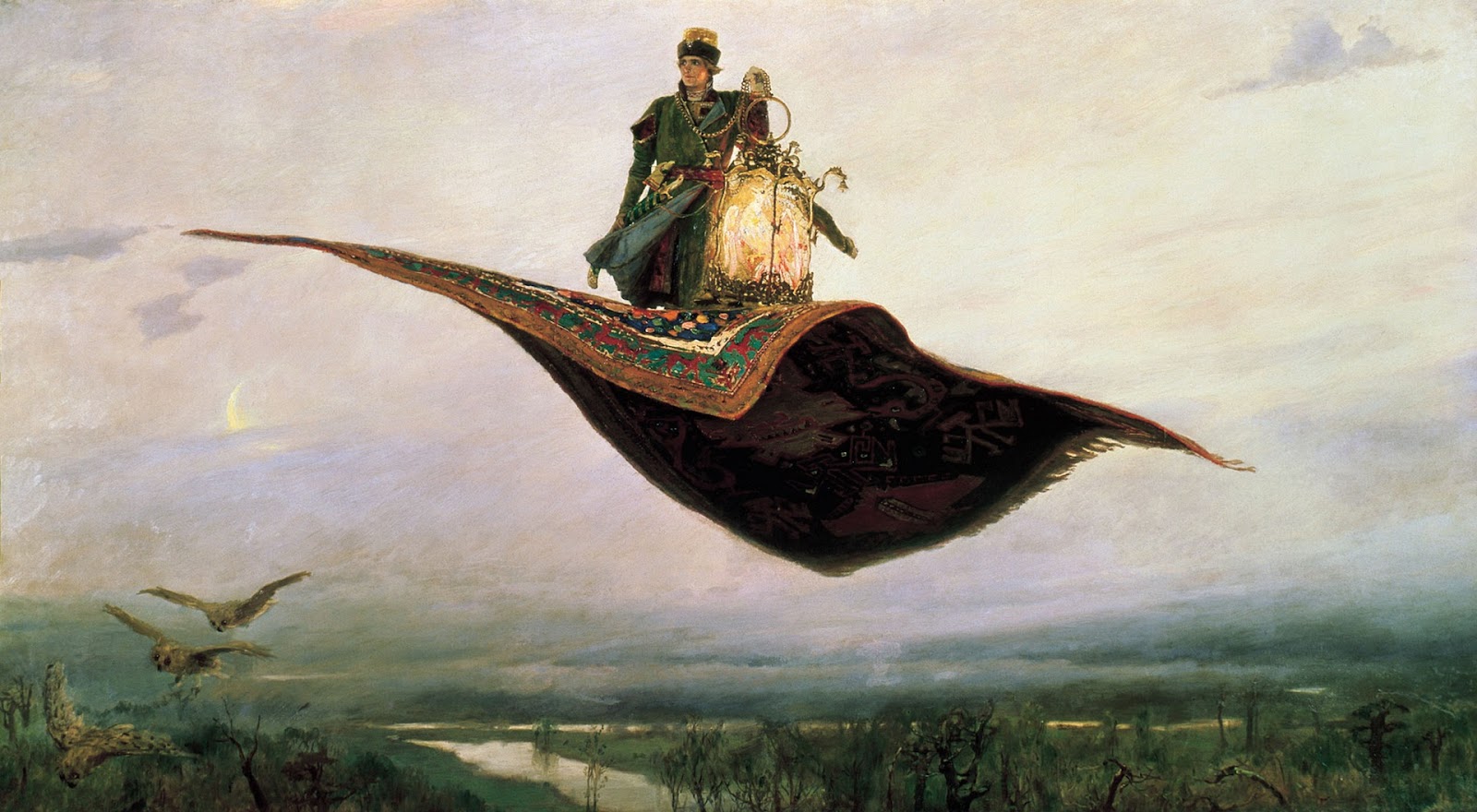 – I’ll help you, but in return I need you to do me a favor. Come with me and if you do what I tell you, I’ll give you a silver coin.

Aladdin was surprised by the offer from this stranger, but since he had nothing to lose, he accompanied him to a secluded area of ​​the forest. Once there, they stood in front of a hidden cave in the mountain. The entrance was very narrow.

– Aladdin, I’m too big and I can’t fit through the hole. Come in and bring me a very old oil lamp that you will see at the end of the passage. I don’t want you to touch anything else, just the lamp. Got it?

Aladdin nodded yes and entered a long underground corridor that ended in a large stone-walled room. When he accessed it, he was astonished. Sure enough, he saw the old lamp lit, but that was not all: the dim light allowed him to distinguish hundreds of jewels, coins and precious stones, piled up on the ground. He had never seen so much wealth!

He hurried to get the lamp, but he couldn’t help filling his pockets as much as he could from some of those treasures he found. What she liked the most was an ostentatious and sparkling ring that she put on her index finger. 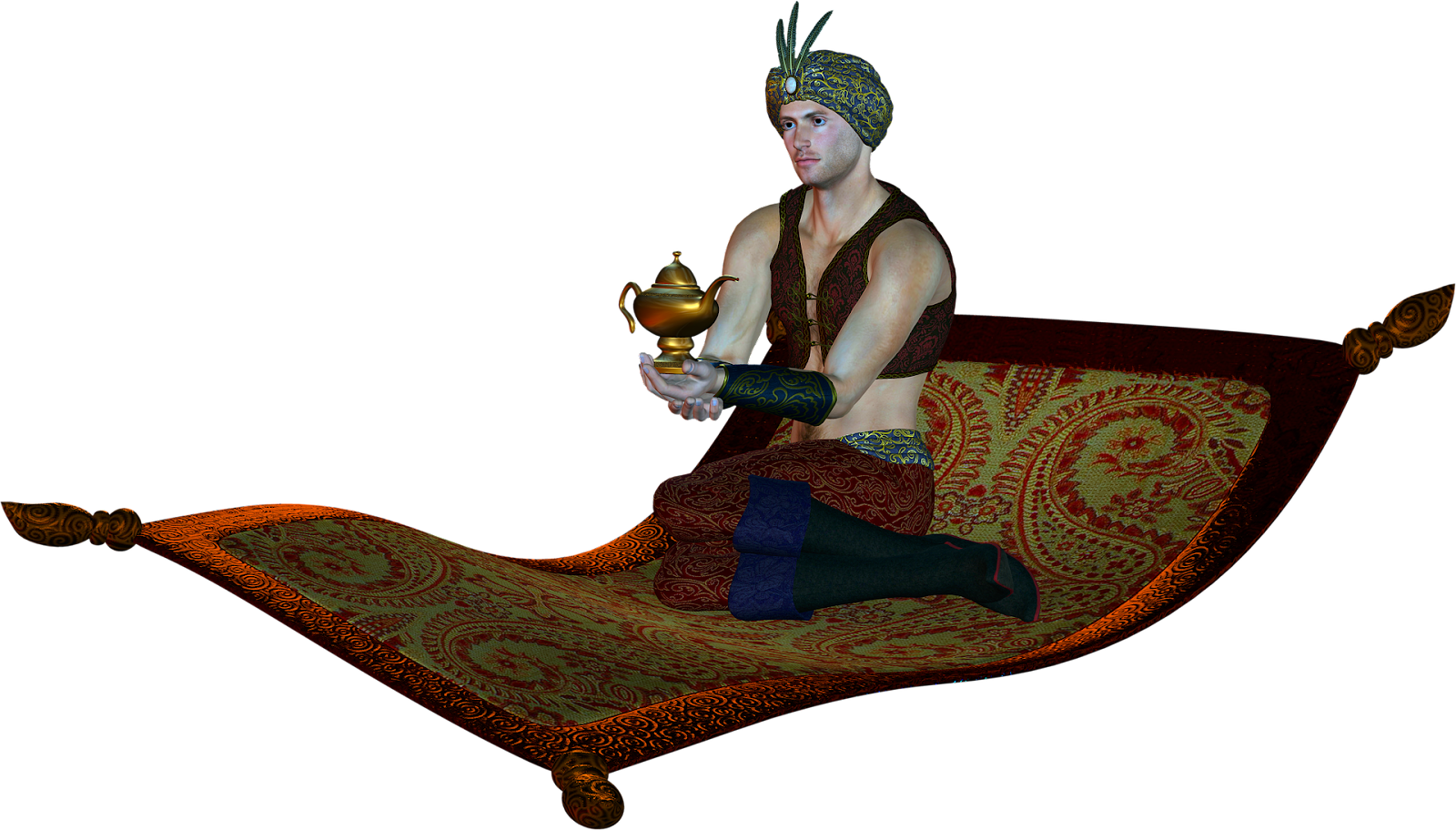 – What a beautiful ring! And it fits perfectly on my finger!

He returned to the entrance and when he poked his head through the hole, the man said:

– Give me the lamp, Aladdin.

– I told you that first I want you to give me the lamp!

The stranger was so enraged that he covered the entrance with a large stone slab, leaving the boy locked in the damp and dark underground passage.

What could I do now? How to get out of there alive? …

He looked around the place trying to find a solution. He was absorbed in his thoughts when, inadvertently, he caressed the ring and a genie came out of it. Aladdin almost died of fright!

– What do you wish for, my master? Ask me what you want and I will grant it to you.

The boy, with his eyes full of tears, said:

As soon as he spoke these words, he magically appeared at home. His mother received him with a big hug. With nerves that trembled throughout her body, she tried to tell the good woman everything that had happened. Then, calmer, he took a cotton cloth to clean the dirty old oil lamp. As soon as he rubbed it, another genie came out of it.

Aladdin and his mother looked at each other dumbfounded. Two geniuses in one day was much more than one could hope for! The boy launched into asking for what he most wanted at that moment.

– We can’t wait to eat! How about something tasty to satisfy all the hunger accumulated over the years?

Then the old wooden dining room table was filled with delicious delicacies they had never tasted before. Without a doubt, they enjoyed the best food they could imagine. But that did not end there because, from then on and thanks to the lamb that was now in his possession, Aladdin and his mother lived comfortably; whatever they needed they could ask the genie. They tried not to abuse him and they limited themselves to requesting just enough to live without hardships, but they did not lack anything again.

One day, on one of his morning walks, Aladdin saw a beautiful woman pass by, on a bunk, with whom he instantly fell in love. She was the daughter of the Sultan. He returned home and since he couldn’t stop thinking about her, he told his mother that he had to do everything possible to make her his wife.

This time he would have to abuse the genie’s generosity a bit to carry out his plan! He rubbed the wonderful lamp and asked him to have a luxurious home with beautiful gardens, and of course, suitable clothes to present himself to the Sultan, from whom he wanted to ask for his daughter’s hand. He also requested an entourage of lackeys mounted on slender steeds, to pull carriages full of riches to offer to the mighty emperor. With all this he appeared before him and was so impressed that he accepted that his beautiful and kind daughter was his wife.

Aladdin and Princess Halima, who was called, got married a few weeks later and from the beginning, they were very happy. They had love and lived for each other.

But one afternoon, Halima saw the old oil lamp around the house and, knowing nothing, she sold it to a ragman who was going through the streets buying junk. Unfortunately, it turned out to be the evil man who had locked Aladdin in the cave. Wanting revenge, the old man resorted to the genie of the lamp and ordered him, as the new owner, that everything Aladdin had, including his wife, be transferred to a very distant place.

And so it was… When poor Aladdin returned home, his house was gone, neither his servants, nor his wife… He no longer had anything at all.

She began to cry desperately and remembered that the ring she wore on her index finger could also help her. He stroked it and asked the genie to give back all that was his, but unfortunately the genie in the ring was not as powerful as the genie in the lamp.

– My master, it is impossible for me to grant you that request, but I can take you to where your wife is.

Aladdin accepted and automatically found himself in a distant place with his beautiful Halima, who fortunately was safe and sound. They knew there was only one option: recover the wonderful lamp in any way so they could return to the city with all their possessions.

Together, they came up with a new plan. They asked the genie of the ring for a dose of poison and Aladdin went to hide. At supper time, Halima crept into the evil stranger’s kitchen and poured it into the wine without the latter noticing. As soon as he poured himself a drink and licked his lips, he fell asleep in a dream that, as the genius had promised, would last for hundreds of years.

Aladdin and Halima hugged and ran to retrieve their lamp. It was then that he told his wife the whole story and the power that the oil lamp had.

– And now that you know everything, dear, let’s go home.

He rubbed the lamp and as always, the great genius who always granted all the wishes of his lord came out.

– What do you want this time, my master?

– Today I am more glad than ever to see you! Take us home, old friend! – Aladdin said laughing with happiness.

So it was! Halima and Aladdin returned, and with them, everything the old man had stolen from them. From then on, they kept the wonderful lamp in a safe place and continued to be as happy as they had been until then.

1 thought on “Aladdin and the Wonderful Lamp”