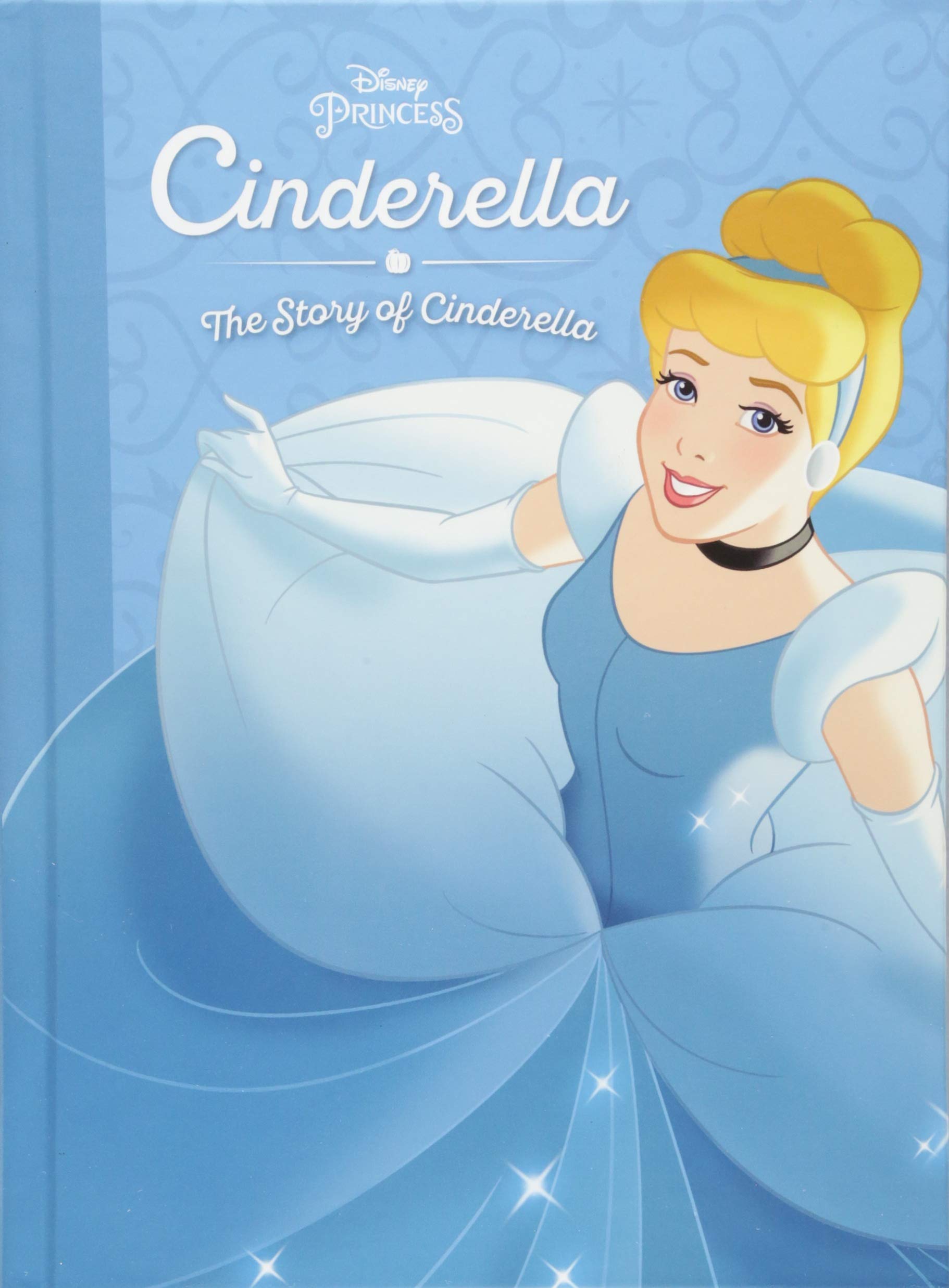 Many years ago, in a distant country, there was a beautiful girl with green eyes and blond hair. In addition to being beautiful, she was a tender young woman who treated everyone with kindness and always had a smile on her lips.

He lived with his stepmother, a despotic and bossy woman who had two daughters who were as conceited as they were unbearable. Ugly and lanky, they despised the sweet little girl because they couldn’t bear that she was more beautiful than them.

They treated her like a maid. While the ladies slept in comfortable four-poster beds, she did so in a humble loft. He also did not eat the same delicacies and had to settle for leftovers. As if that were not enough, she had to do the hardest work in the home: washing dishes, doing laundry, scrubbing the floors and cleaning the fireplace. The poor thing was always dirty and full of ash, so everyone called her Cinderella. 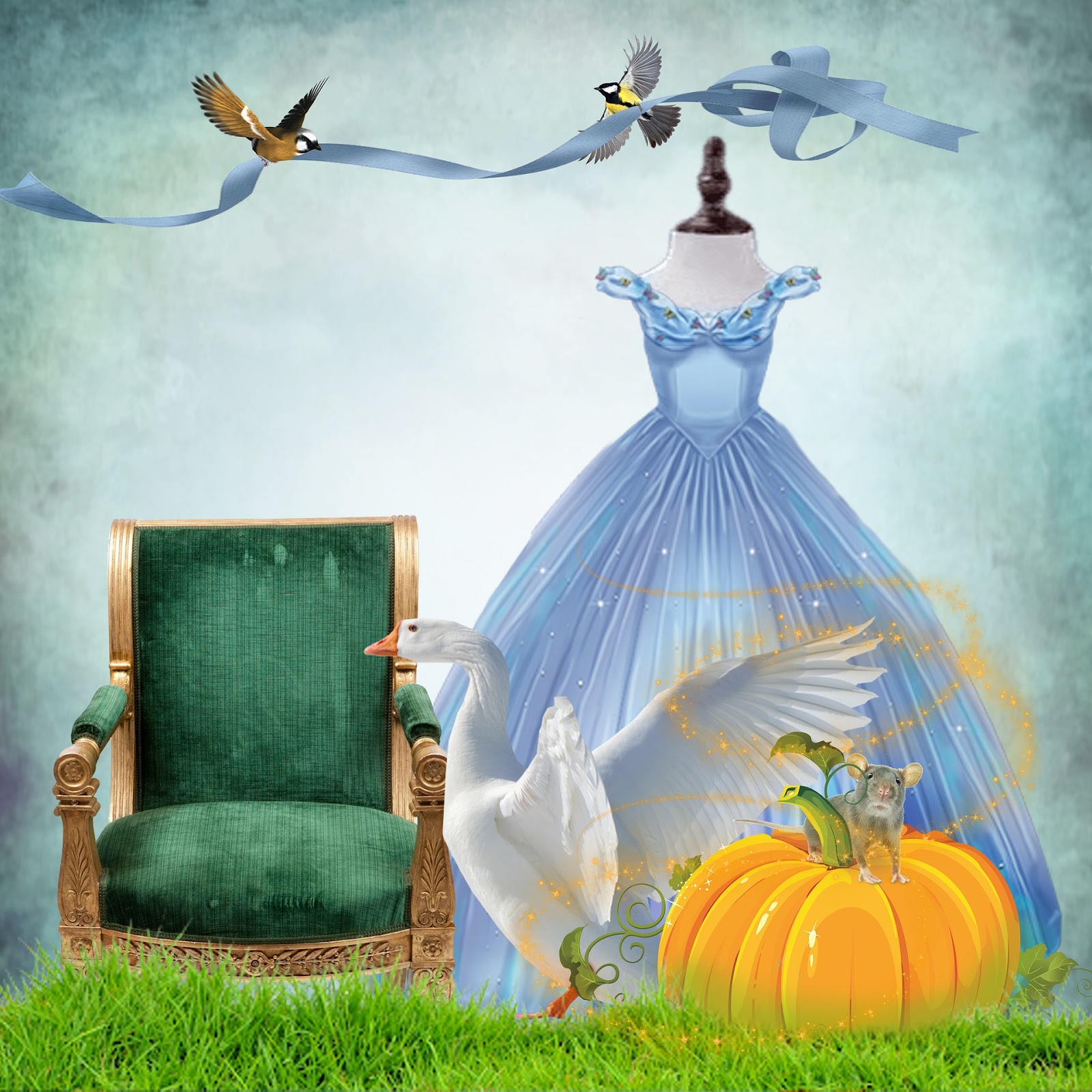 One day a letter from the palace arrived at the house. In it it was said that Alberto, the king’s son, was going to celebrate that night at a gala party to which all the marriageable women of the kingdom were invited. The prince was looking for a wife and hoped to meet her at a ball.

Cinderella’s stepsisters went wild with joy! They rushed to his rooms to pick out pompous dresses and the most outlandish jewelry they had in order to impress him. The two were pining for the handsome heir and began to argue heatedly over which of them would be the lucky one.

– It is clear that he will choose me! I am slimmer and smarter. Also … Look how good this dress suits me! – Said the older one, showing her rabbit teeth as she tightened the straps of her corset so tightly that she could hardly breathe.

– Do not even dream about it! You are not as nice as I am! Also, I know for a fact that the prince likes women with big eyes and penetrating gaze – answered the youngest of the sisters as she painted her eyes, bulging like those of a toad. 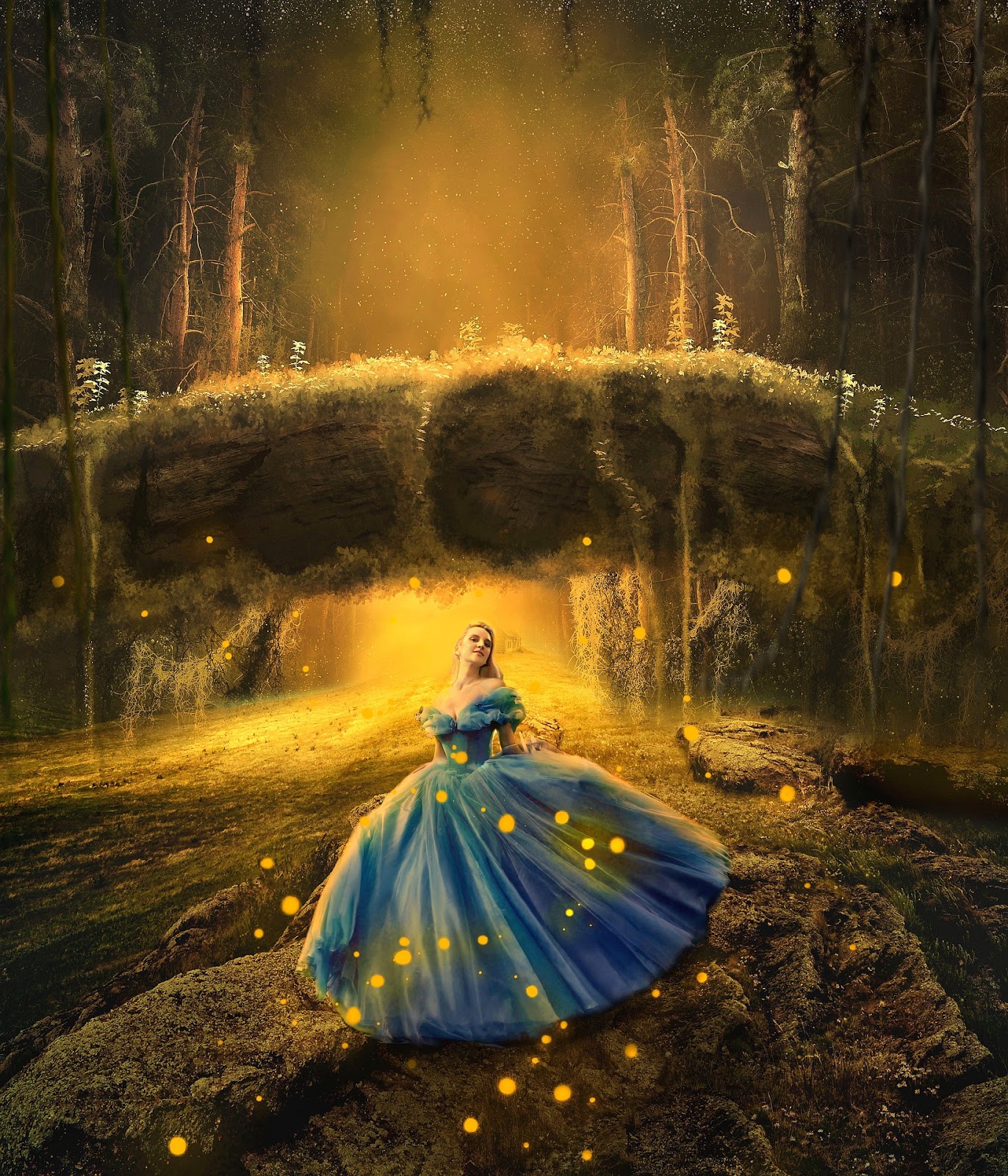 Cinderella looked at them half hidden and dreamed of going to that wonderful dance. Like a hound, the stepmother appeared from the shadows and made it clear that it was only for distinguished young ladies.

– Don’t even think about showing up there, Cinderella! With those rags you cannot appear at the palace. You dedicate yourself to sweeping and scrubbing, which is what you are for.

Poor Cinderella went up to the little room where she slept and wept bitterly. Through the window she saw the three decked out women leave to go to the big party, while she was left alone with a broken heart.

– How unhappy I am! Why am I being treated so badly? – He repeated without consolation.

Suddenly the room lit up. Through his tears he saw a good-natured, middle-aged woman who began to speak to him in a velvety voice.

– Darling … Why are you crying? You don’t deserve to be sad.

– I’m very unhappy! My stepmother has not allowed me to go to the palace ball. I don’t know why they are so mean to me. But, who are you?

– I am your fairy godmother and I come to help you, my girl. If there is anyone who has to attend that dance, it is you. Now, trust me. Come with me to the garden.

They left the house and the fairy godmother picked up a pumpkin that had been thrown on the grass. He touched it with his wand and it magically transformed into a luxurious chariot with golden wheels, pulled by two slender white horses. Then he brushed his wand at a mouse scurrying between his feet and turned it into a scrawny and helpful coachman.

– What do you think, Cinderella? … You already have someone to take you to the dance!

– Oh, what a wonder, godmother! – Exclaimed the young woman- But with these rags I cannot present myself in such an elegant place.

Cinderella was about to cry again seeing how torn her slippers were and the rags she had for a dress.

– Oops, don’t worry, honey! I have it all planned.

With another magic touch, she transformed her disastrous clothes into a beautiful ball gown. Her worn slippers became delicate and beautiful glass slippers. Her hair was gathered in a cute bow adorned with a diadem of diamonds that exposed her long neck. She was radiant! Cinderella was amazed and began to spin around with happiness.

– Oh, what a beautiful dress! And the necklace, the shoes and the earrings…! Tell me this is not a dream!

– Of course not, my girl. Today will be your big night. Go to the dance and enjoy a lot, but remember that you have to return before the clock strikes twelve, because at that time the spell will be broken and everything will be as before.And now hurry up, it’s getting late!

– Thank you, thank you very much, fairy godmother! Thanks!

Cinderella promised to be back before midnight and left for the palace. When she entered the hall where the guests were, they all stepped aside to let her pass, for they had never seen such a beautiful and refined lady. The prince came to kiss her hand and was immediately captivated. From that moment on, he had no eyes for any other woman.

Her stepmother and sisters did not recognize her, as they were used to seeing her always ragged and covered in ash. Cinderella danced and danced with the handsome prince all night. She was so enraptured that she was taken by surprise by the sound of the first chime of the tower clock striking twelve.

– I have to go! – He whispered to the prince as he ran towards the carriage that was waiting for him at the door.

But Cinderella was already gone when the last bell rang. On his escape, he lost one of the glass slippers and the prince carefully picked it up. Then he returned to the room, ended the dance, and spent the whole night sighing with love.

The next day, he got up determined to find the mysterious girl he had fallen in love with, but he didn’t even know her name. He called a servant and gave him a very clear order:

– I want you to travel the kingdom and look for the woman who lost this shoe yesterday. She will be the future princess, I will marry her!

The man obeyed without question and went house to house looking for the owner of the delicate glass slipper. Many young women who pretended to be the prince tried to make her foot conform to him, but there was no way. It did not work for any of them!

At last, he showed up at Cinderella’s home. The two sisters came down cackling like chickens and invited him in. Obviously, they did their best to put the shoe on, but their huge, fat feet didn’t even come close. When the servant was leaving, Cinderella appeared in the hall.

The sisters, when they saw her, gave a laugh that seemed more like braying.

– What audacity! – Shouted the older stepsister.

– So that? If you didn’t go to the dance! – Said the little girl between giggles.

But the lackey had the order to try it on to all, absolutely all, the women of the kingdom. He knelt in front of Cinderella and with a smile, he saw how the girl’s thin foot slid into him smoothly and fit like a glove.

The face of the mother and daughters was a poem! They were dumbfounded and with such a goofy expression on their faces that they looked as if they were about to faint. They could not believe that Cinderella was the beautiful woman who had fallen in love with the crown prince.

– Madam – said the servant looking at Cinderella with joy – Prince Albert is waiting for you. Come with me, if you’ll be so kind.

With humility, as always, Cinderella donned a simple woolen coat and set out for the palace to meet her lover. He was waiting for her on the steps and ran to hug her. Shortly after, they celebrated the most beautiful wedding in memory and were very happy all their lives. Cinderella became a princess much loved and respected by her people.