In a cabin near the forest lived a woodcutter with his two sons, whose names were Hansel and Gretel. The man had married a second time to a woman who did not want children. He always complained that they ate too much and that because of him, the money was not reaching them at all.

– We no longer have coins to buy or milk or meat – said the stepmother one day – At this rate, we will all die of hunger.

Woman … The children are growing and what little we have is to buy food for them – the father replied ruefully. 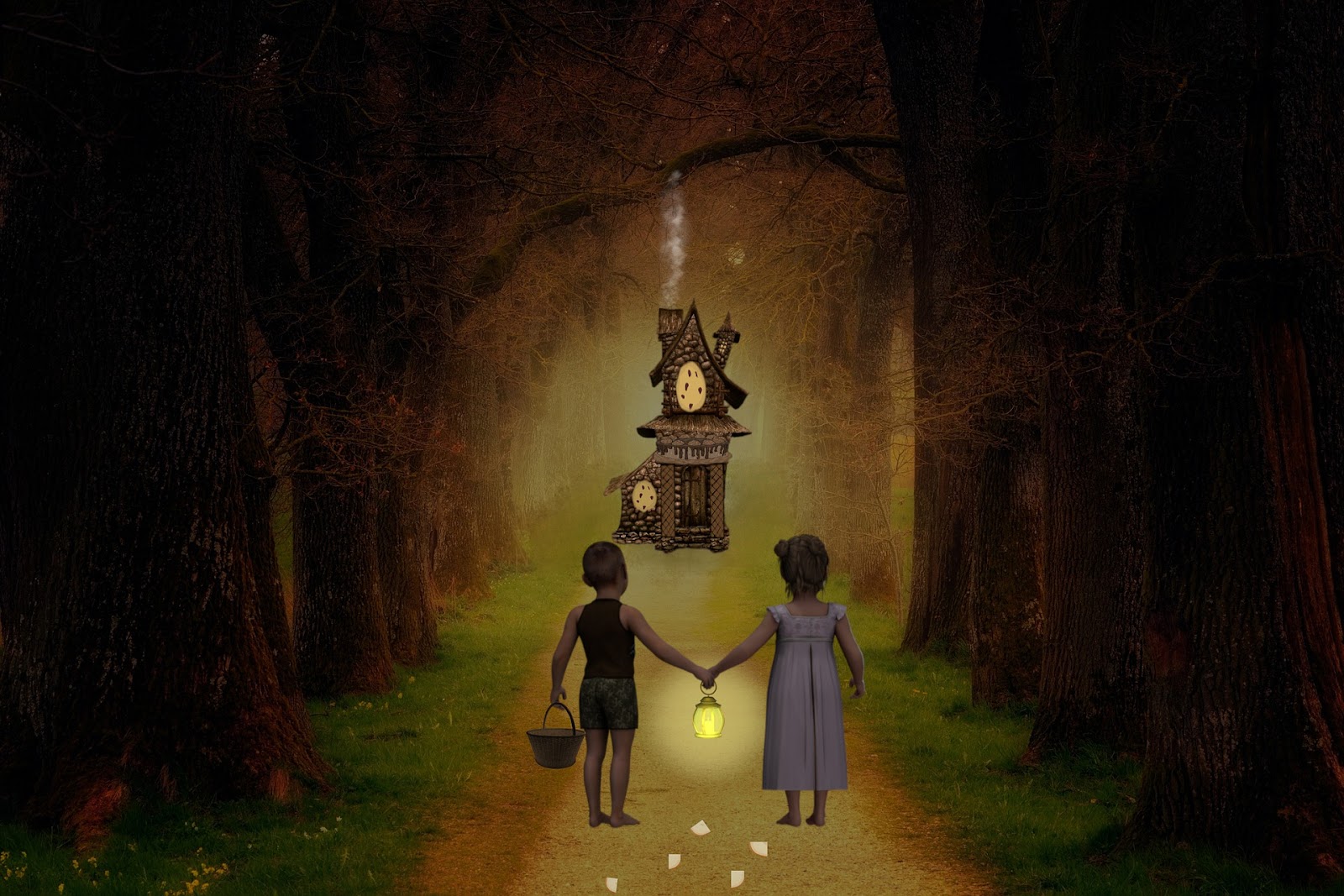 – No! There is another solution! Your children are smart enough to make a living themselves, so tomorrow we will go to the forest and leave them there. Surely with their ingenuity they will manage to survive without problems and find a new place to live – ordered the stepmother wrapped in anger.

– How am I going to abandon my children to their fate? They are just children!

– There’s nothing more to speak of! – He continued shouting – We will live more comfortably and they, who are young, will find a way to get ahead on their own.

The good man, despite the anguish he felt in his chest, accepted thinking that perhaps his wife was right and that letting them go free would be the best.

While the couple talked about this topic, Hansel was in the next room listening to everything. Horrified, he whispered it to his sister Gretel. The poor girl began to cry bitterly.

– What will we do, brother, you and I alone in the forest? We will die of hunger and cold.

– Don’t worry, Gretel, trust me, I’ll come up with something! – Hansel said tenderly, giving her a kiss on the cheek.

The next day, before dawn, the stepmother woke them up screaming. 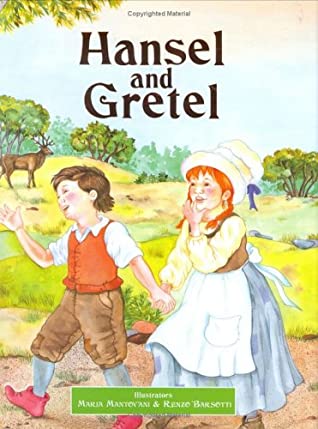 Scared and without saying anything, the children dressed and prepared to accompany their parents to the forest to collect firewood. The stepmother was waiting for them at the door with a muffin for each.

– Here’s a crust of bread. Do not eat it now, save it for lunch, which is a long day ahead.

The four of them began a long journey along the path that led into the forest. It was a cold, bleak autumn day. Thousands of dry tan leaves crunched underfoot.

Hansel was afraid that his stepmother would carry out her threats. In case that happened, he left little breadcrumbs in his wake to point the way back home.

Upon reaching their destination, they helped in the hard task of collecting logs and branches. They worked so hard that sleep overcame them and they fell asleep in the heat of a campfire. When they woke up, their parents were gone.

– Hansel, Hansel! – Gretel sobbed – They have gone and left us alone! How are we going to get out of here? The forest is dark and very dangerous.

– Easy sister, I have left a trail of breadcrumbs to be able to return – Hansel said confidently.

But no matter how hard he looked for the breadcrumbs, he couldn’t find a single one. The birds had eaten them!

Desperate, they began to wander among the trees for hours. They were shivering with cold and so hungry they had almost no strength left to move on. When they were giving everything up for lost, in a clearing in the forest they saw a beautiful chocolate house. The roof was decorated with colorful candies and the doors and windows were made of sponge cake. He had a small garden covered with sugar flowers, and strawberry syrup was pouring out of the fountain.

Amazed, the children approached and began to eat everything that was put in front of them. How delicious everything was!

After a while, an old and wrinkled woman came out of the house and received them kindly.

– I see that you are lost and you are starving, little ones! Come in, don’t stay there! In my house you will find shelter and all the sweets you want.

The children, happy and confident, entered the house without suspecting that it was an evil witch who had built a house of chocolate and candy to attract children and then eat them. Once inside, he locked the door, took Hansel and locked him in a cell from which it was impossible to get out. Gretel, terrified, began to cry.

– You little girl, stop whining! From now on you will be my maid and you will be in charge of cooking for your brother. I want him to get really fat and I’ll eat him in a few weeks. As long as you do not obey, you will suffer the same fate.

The poor girl had to do what the cruel witch made her do. Every day, with his heart in his fist, he brought delicious delicacies to his brother Hansel. The witch, at night, came to the cell to see the boy to check if he had gained weight.

– Put your hand out the gate – he said to see if his arm was chubby.

The clever Hansel was pulling a chicken bone instead of his arm through the bars. The witch, who was short-sighted and could not distinguish anything in the dark, touched the bone and complained that he was still a skinny child with no flesh. For weeks he managed to fool her, but one day the old woman got fed up.

– Your brother doesn’t get fat and I’m tired of waiting! – He said to Gretel – Prepare the oven, I’m going to eat it today.

The girl, scared to death, told him that she did not know how the embers were lit. The witch approached the oven with a huge torch.

– You will be useless! – The wicked woman complained as she crouched in front of the oven – I’ll have to do it!

The old woman put the torch into the oven and when the fire began to crackle, Gretel steeled herself and kicked her inside and closed the door. The screams of horror did not move the girl; He took the keys to the cell and released his brother.

Out of danger, the two of them went through the house and found a drawer containing valuable jewels and precious stones. They lined their pockets and fled. They entered the forest again and luck would have it that they easily found the path that led to their house, guided by the bright sun that shone that morning.

In the distance they made out their father sitting in the garden, staring at the sadness of not having his children. When he saw them appear, he ran to hug them. He told them that every day without them had been hell and that his stepmother no longer lived there. I was very sorry. Hansel and Gretel knew how to forgive him and gave him the valuable jewels that they had found in the chocolate house.

They were never poor again and the three of them lived very happily and together forever!