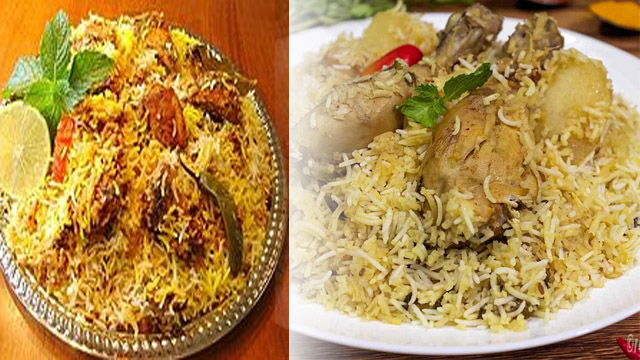 When three friends get together their first choice is biryani. Let’s look for a treat where we can get delicious biryani. Biryani is a dish that never gets boring no matter how many times you eat it. From children to adults, it is biryani that is sought after and tasted. In cities, every street has a street lamp or not, we can see a biryani shop.

The number of biryani lovers in Tamil Nadu is increasing day by day in the last few years. How did Biryani, born in the desert of Persia, become the favorite food of all today? In this post we will see about that…

Biryani is now everyone’s favorite food. Biryani is said to be derived from the Persian word “Briyaan” (beryā). It means “fried before cooking”. It means fried food. This biryani first appeared in the Persian country of Persia which is the present day Iran and Iraq countries.

There will be a situation where Persian warriors will have to stay in many places to fight in many places. Then there will be many problems with food. Due to this, food is less for them during the war. But warriors can fight only if they are fed well.

Then they go to hunt the animals in the forest. They would skin the hunted animal and turn it into curry, add their spices to the curry and soak it and bury it in the earth. Again in the morning they put all the rice and soaked curry in a big pot and cover it and keep it in them. That is, they cook it under high pressure. This is how dum biryani came into existence.

In this biryani, first the rice, then the soaked curry, then cover it well and put it under the earth and cook it on fire. As the cooking of animals creates a lot of smell in it, they used a lot of aromatic materials like bark, cloves and cardamom.

Then they eat it before going to war. They fought by eating that food. This is how the Persian kings and people used to spice up their curries and eat them first and this was the beginning of the creation of biryani.

Biryani, which was the food of warriors, was first introduced to India in the 13th century when the Mongol king Taimur invaded India. Since then this biryani was only a food for warriors. It was believed by the people that it was a dish created for the royal families of those days.

Mumtaz, the wife of Shah Jahan, who built the Taj Mahal in the sixteenth century, saw the warriors tired because they were not getting good food. They teach them how to make biryani. In this way, biryani, which was the food of the royal family in India, became the food of warriors. This food provides nourishment to the warriors and gives some kind of cheer to the people.

It is because of Mumtaz that we now eat biryani and thus biryani spread to many places. Thus Biryani spread wherever Muslims were present.

It is said in our Tamil book Purananoo that biryani was eaten as early as the second century. It is said that this biryani may have been called Oonchoru.

Nowadays, from Kashmir to Kanyakumari, there are various types of biryani available to taste. Originally, Biryani originated in Persia when it was cooked and eaten with the meat of wild game animals. At first the Persians used only spices, but later they added many other spices for aroma. Nowadays, biryani is made by cooking meat together and eating it, and biryani is made with vegetables, eggs, prawns and many other ingredients.