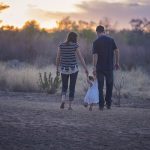 Can you be your child’s best friend and mother at the same time? I recall going through a period as a youngster when I was dissatisfied with my parents. I didn’t express my sentiments or communicate to them about anything that was genuinely going on in my life. With the passage of time, my mum became my true best friend. What a wonderful present this was for me! We would go to a lot of places together, such as shopping and the cinema, and we would watch TV together at home. I was furious with myself for wasting so many years without cherishing her and spending my life with her.

I told myself when I had my children that I would do all in my power to be not just a wonderful mother, but also a best friend. My mother died at a young age by today’s standards, and I was saddened as I reflected on the time I had missed in my youth. This would set the tone for my determination to be for my children what my mother was for me, which was my best friend.

Of course, parenting must come first in order to grasp and follow this approach. Discipline and rules must still be followed. This isn’t to argue that you should constantly say yes when your youngster asks for anything. This is far more than your ordinary family life.I’ve made it a point to actually listen to my children, which may be difficult at times, especially now that my teenage daughter is telling me things that make my eyes almost burst out of their sockets. I made a point of coming into their rooms when they were small and talked with them about their day, not only homework and how they were feeling at the moment. When I was told secrets, I kept them for the most part, unless it was something that really needed to be disclosed.

I made it a point to spend time alone with them outside the house as much as I could. This might be a trip to the shop or a supper with just one of them, so they could have me to themselves and communicate freely. For my adolescent, I go into her room and conduct “Pow Wows,” where she may ask me anything and I try my best to honestly answer her questions. Her girlfriends now come over, and I’m asked into the room to ask them things that they’re reluctant to ask their own moms. We would continue to get closer as we earned my daughter’s trust. She knew I was someone she could confide in, someone who wouldn’t criticise her but would listen and offer sound advise.I’ve also become the designated parent, responsible for all of their driving, often at odd hours.

This is something I was fortunate enough to begin with my children at a young age; however, this is not to suggest it does not work with older children; in fact, I am live proof that it works because I missed so much time with my mother as my closest friend. I just believe it would have happened sooner if I had felt more at ease with her through those tough adolescent years.Years pass fast, and there is no better moment than now to put out the effort, take the required steps, and choose to be a part of your child’s life rather than watching them from afar. Of course, you’re still the parent, but with enough trust, patience, and love, you may just become their closest friend as well.