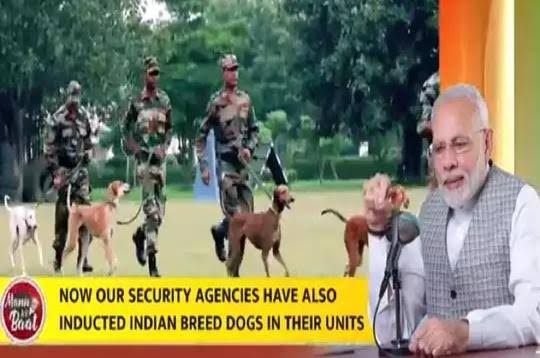 Country dogs are native to the Indian subcontinent. Its tradition goes back 4500 years. It is one of the oldest dog breeds in the world. Its ancestor is said to be the ancestor of Australia. But these are mistakenly called street dogs. In Assam the country dog ​​is known as Kuttuvan Kukko and in West Bengal as Neri Kutta. Country dogs known as the Paraiya dog are found throughout India, Bangladesh and beyond South Asia. It is considered to be the true dog breed of the Indian subcontinent when the oldest dogs are the Canon Dog of Israel and the Dingo Dog of Australia. But Indian street dogs alone are said to have 25000000. Although there are thousands of dogs in the world, only 350 breeds are recognized. There are seven types of Indian dogs. Kanni, Sippiparai, Kombai and Rajapalayam are the four dogs from Tamil Nadu. Only five species in the Asian continent can reproduce in the same color. Rajapalayam dog is one of them.

Rajapalayam dogs: These belong to the albino genus. 75 cm. M tall. Does not change its masters under any circumstances. Behave affectionately to growers and angry with newcomers. Mob power is high. Ideal for home patrols, these are majestic and heroic to look at. The puppies of this dog are all the same color. Fast running. The whole body is milky white and pink. Feet are pink around the abdomen, nose and eyes. The earlobe is bent and the legs are straight. This type of dog will not hear if the dog’s eyes are like cat’s eyes. And the price of its cubs ranges from 10,000 to 15,000.

Gompa was the fort guard of the first Pandyas. It has a squirrel-like organism. When we are in the enemy cavalry, we can bite the legs of the horses and attack the enemies. History says that these dogs fought against the tiger. Ramanathapuram Gompa has many names. It has many names like Kida, Kedari and Sambal. It is used for guard hunting. There is no one to beat the horn in guarding the farm. The eyes, mouth and nose are the color of the bracelet. The price of a puppy ranges from 5000 to 6000.

Virgo, Sippiparai: Self-thinking country race. In the early days, virgins were given to the bride on her way home. She could run faster than a rabbit and run 45 km at the oyster. She could get closer to humans than other dogs. They need more space to grow. They are grown for guard. Its cubs range from 8000 to 9000.

It got its name from its small size. Its origin is Nagapattinam. Today it is grown in Nagapattinam, Thanjavur and Karaikal. These are angry but at the same time very affectionate. It does not require much space to grow. Can be grown at home. These are very suitable for home guard. We do not allow any pests to enter our house. If the snakes catch the eye it will cut into five or six pieces.