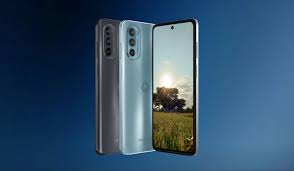 The Snapdragon 680 engine and Android 12 will come pre-installed on Motorola’s forthcoming smartphone, the Moto G52. Moto G52, which has already been released in Europe, will have a quad back camera and a dot pOLED display.

A 6.6-inch pOLED display with a 90Hz refresh rate is expected for the Motorola G52.

On the e-commerce platform, the Notify Me page is already live. It will be available in two different colours: black and white.

The Qualcomm Snapdragon 680 chipset in the Moto G52 can be paired with up to 6GB of RAM and 64GB of internal storage. Sound will be provided by Dolby Atmos stereo speakers.

The Moto G52 is a cheap phone that will come with 3GB of RAM and 32GB of internal storage. Apart from being sold on Flipkart, the phone will be available at retail stores as well.