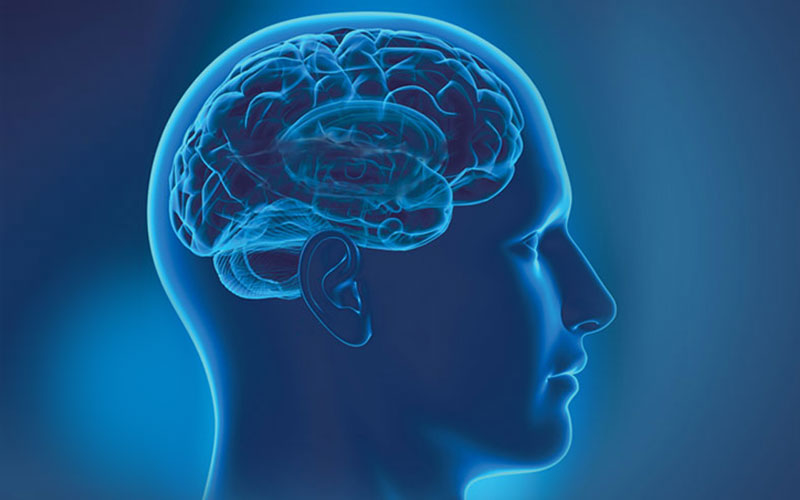 When we hear, sound waves travel from the outer ear, through the middle ear, and into the inner ear where the vibrations stimulate thousands of tiny hair cells. The tiny hair cells in the inner ear send electrical signals to the auditory nerve which is connected to the auditory center of the brain. The brain translates the impulses into sounds that we know and understand. The brain also discriminates relevant sounds from background noise and turns up the volume of our own speech. In fact, our brain filters out unwanted noise so that we can focus on what we are listening to.

Hearing is a complex sense that provides us with awareness of environmental sounds and, more importantly, the ability to communicate. The ear is the organ responsible for perceiving sound, but it may not be so obvious that the brain is responsible for processing the sound. It is necessary that both organs work properly for hearing to occur.

There are some general concepts that might contribute to the association between hearing loss and cognition. One theory is that hearing loss leads to a decreased input to the brain, so there is less processing that occurs, which contributes to cognitive decline. Another theory is that early cognitive deficits may impact a person’s ability to process sound, and thus contribute to hearing loss. Irrespective of which theory is correct, it is clear that the association between hearing and cognition is very real. This association emphasizes the need to improve our approach to testing and treating hearing loss. We all want to retain our mental sharpness as we get older. Hearing loss plays a role in our ability to stay mentally sharp as we age. Untreated hearing loss can lead to isolation and loneliness, and research has linked hearing loss to an increased risk of cognitive decline, dementia and Alzheimer’s Disease. Hearing loss is also shown to accelerate brain atrophy or shrinkage.

As hearing becomes harder, your brain has to work harder to register and comprehend what you’re listening to. This steals energy needed for memory and thinking.  The portion of the brain used for hearing can become reorganized in even the earliest stages of age-related hearing loss. These compensatory changes increase the overall load on the brains of aging adults. The cognitive overload begins to fatigue the brain and puts it at an increased risk for dementia.2 Researchers say that managing or treating hearing loss is one of nine things you can do to prevent dementia.

The ears and the mind are incredibly dependent on one another. They are so connected that the compromise of one can lead to problems in each other’s functions. As a result of findings, many researchers believe that age-related hearing loss can also lead to cognitive difficulties. If the brain is having to work harder to translate the noise, whether it is receiving or not receiving a good signal from the ears, it may have trouble deciphering the sound, even with hearing aids.

Untreated hearing loss affects the brain’s ability to remember everyday sounds.3 When the hearing nerves lose their function and no longer channel sound signals to the brain, the brain can temporarily lose the connection to those sounds until treatment.

Hearing loss becomes more common the older we get, to the point that it’s usually considered an inevitable part of ageing. Common it may be, but these recent studies show that we need to take hearing loss far more seriously and be more proactive in treating and managing it if we are to promote longer term health.

Additionally, researchers at Johns Hopkins found people with impaired hearing lost more brain tissue annually than people with normal hearing, likely due to atrophy from lack of stimulation. This link between hearing loss and cognitive decline reinforces the need to get hearing checked annually and seek out treatment if hearing loss is present. Hearing aids are the most effective treatment of hearing loss at all stages.

Hearing is complex, requiring a series of actions and reactions to work. The process involves many parts of the ear working together to convert sound waves into information the brain understands and interprets as sounds. Sound waves enter the ear canal and travel toward our eardrums. The sound waves cause the eardrum and bones in the middle ear to vibrate. Tiny hair cells inside cochlea (inner ear) convert these vibrations into electric impulses/signals that are picked up by the auditory nerve. At birth, each normal ear has about 12,000 sensory cells, called hair cells, which sit on a membrane that vibrates in response to incoming sound. Each frequency of a complex sound maximally vibrates the membrane at one location. Because of this mechanism, we hear different pitches within the sound. A louder sound increases the amplitude of the vibration, so we hear loudness. Signals sent to the brain from auditory nerve are then interpreted as sounds.